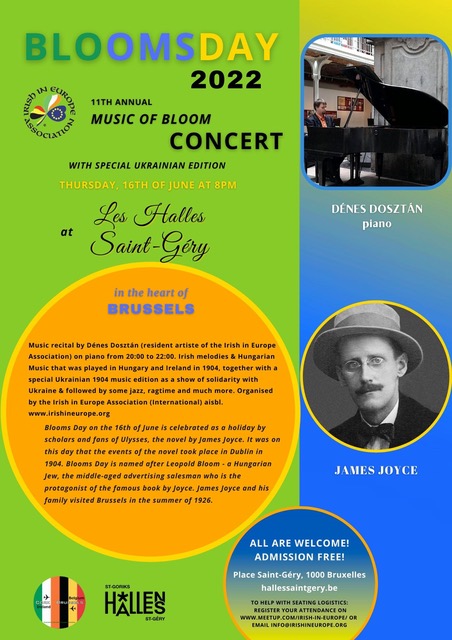 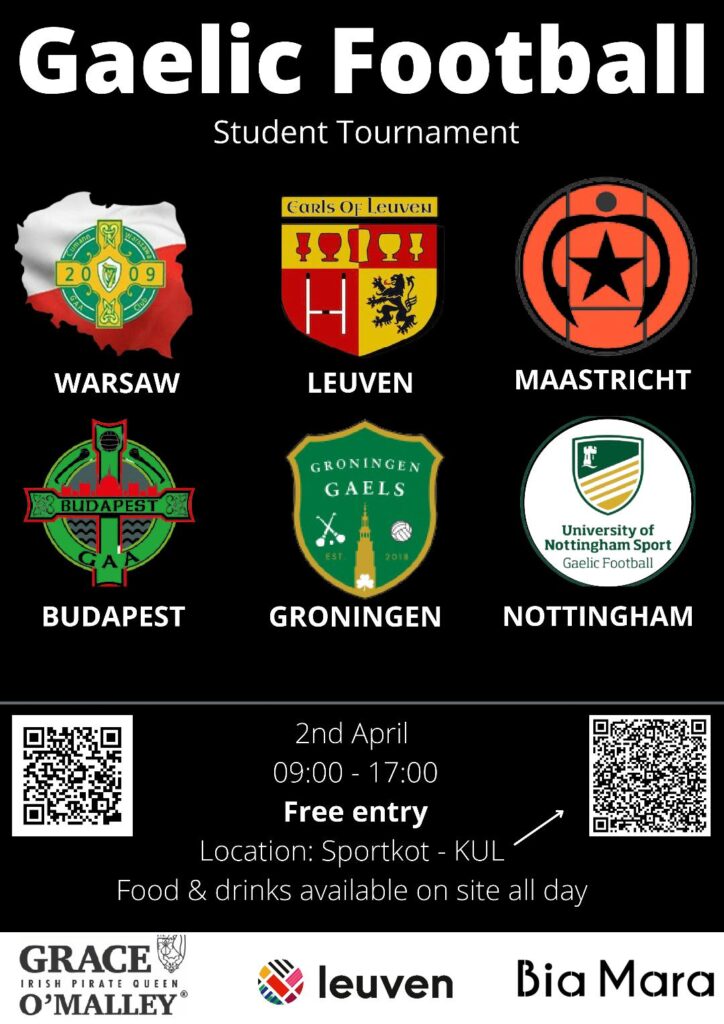 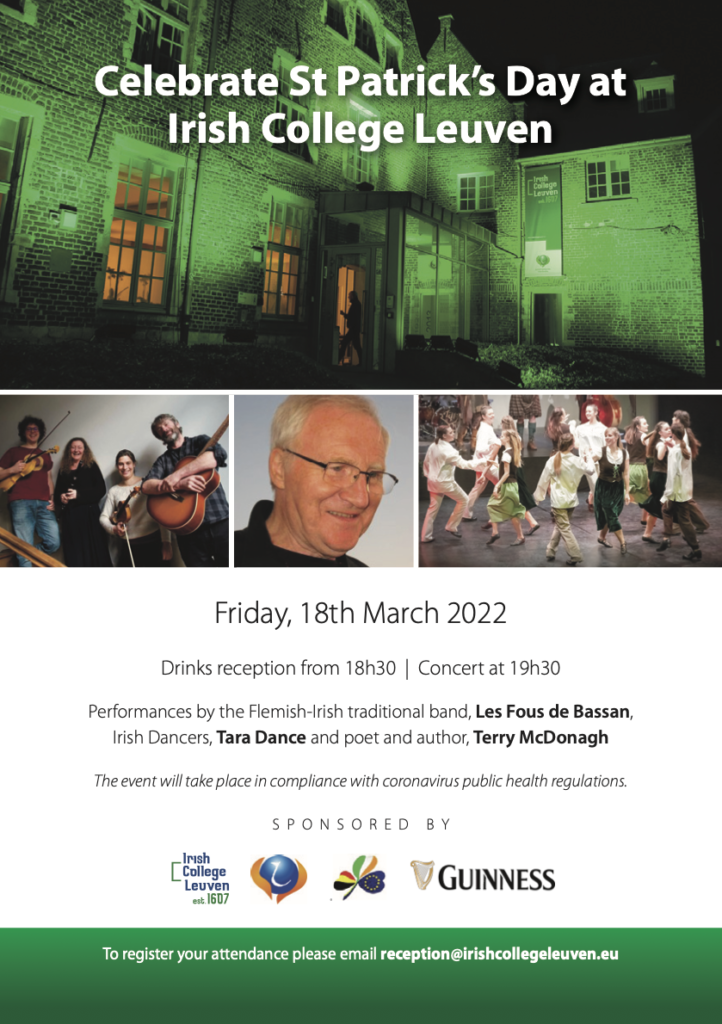 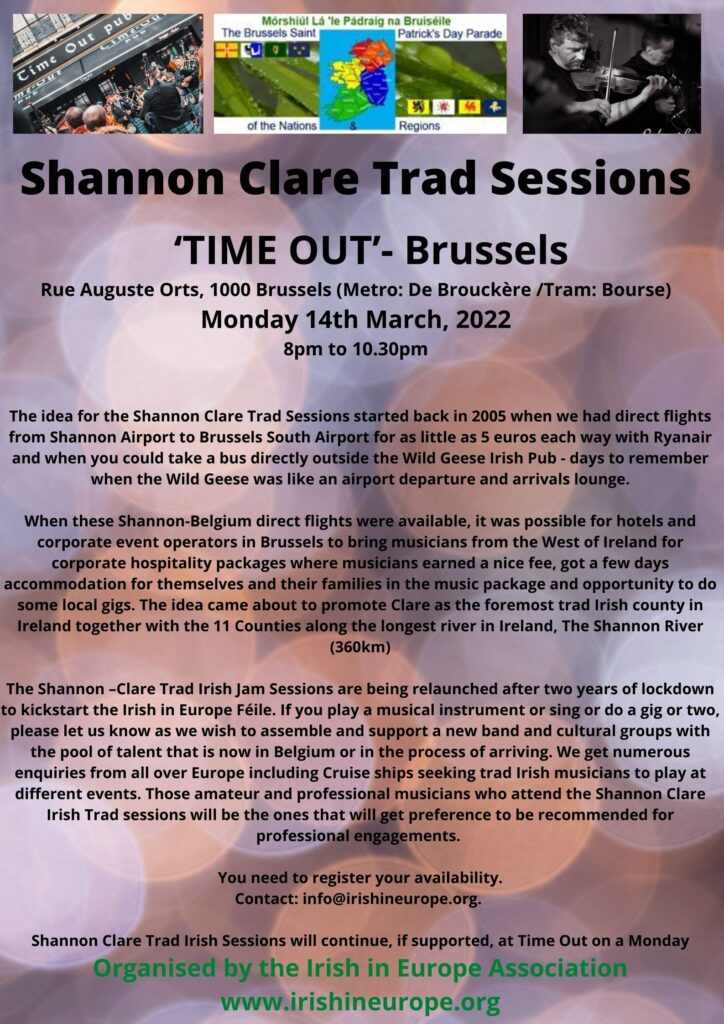 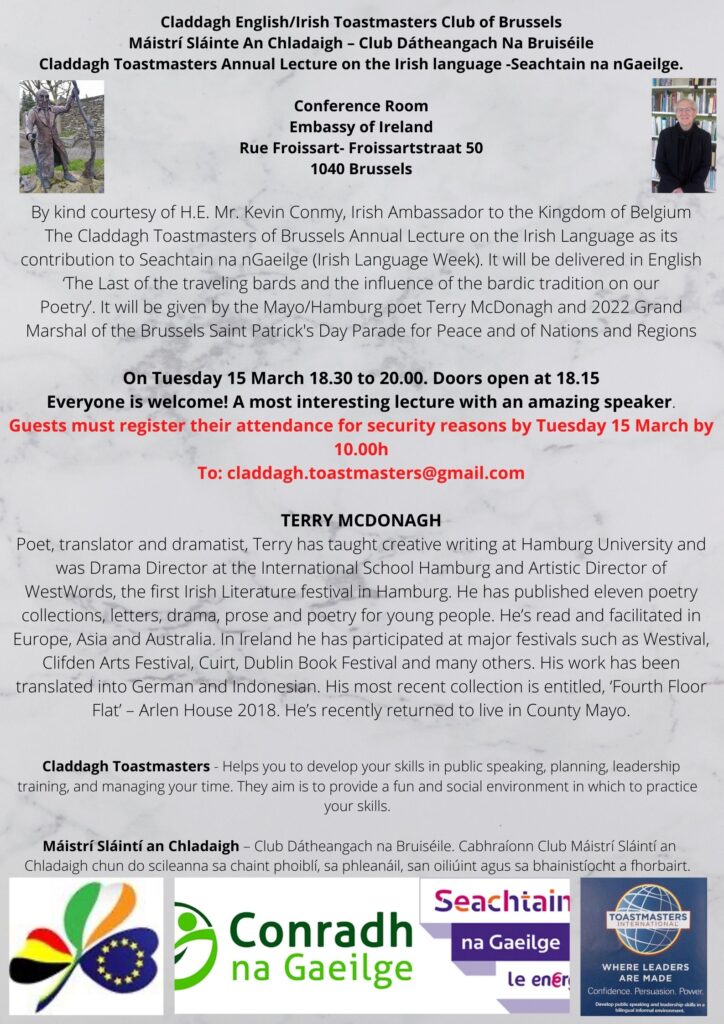 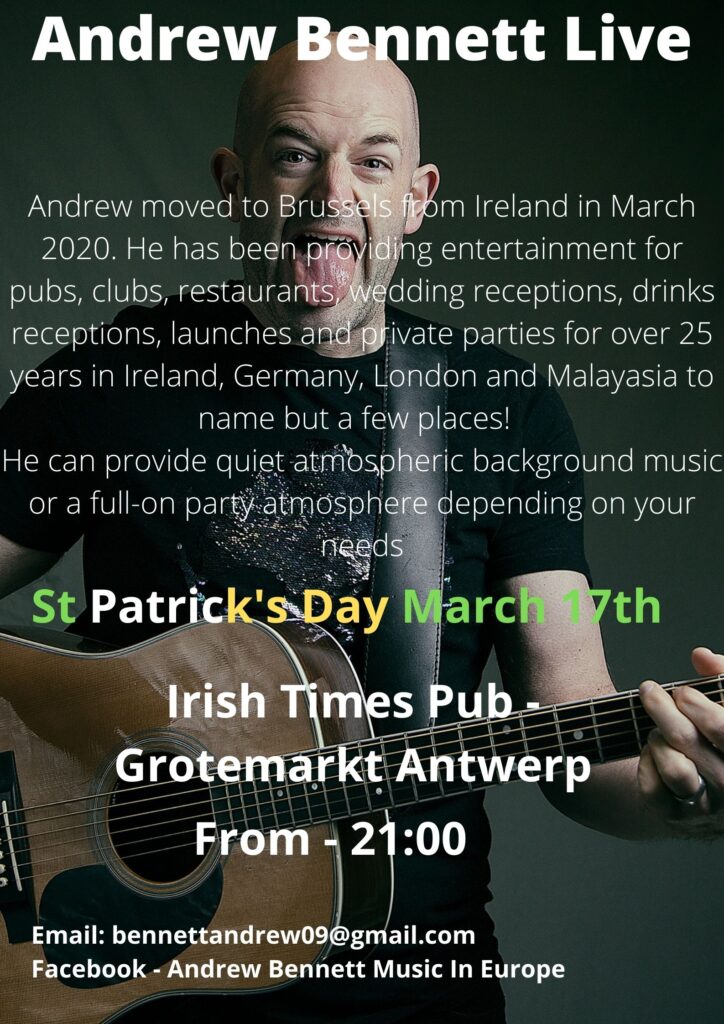 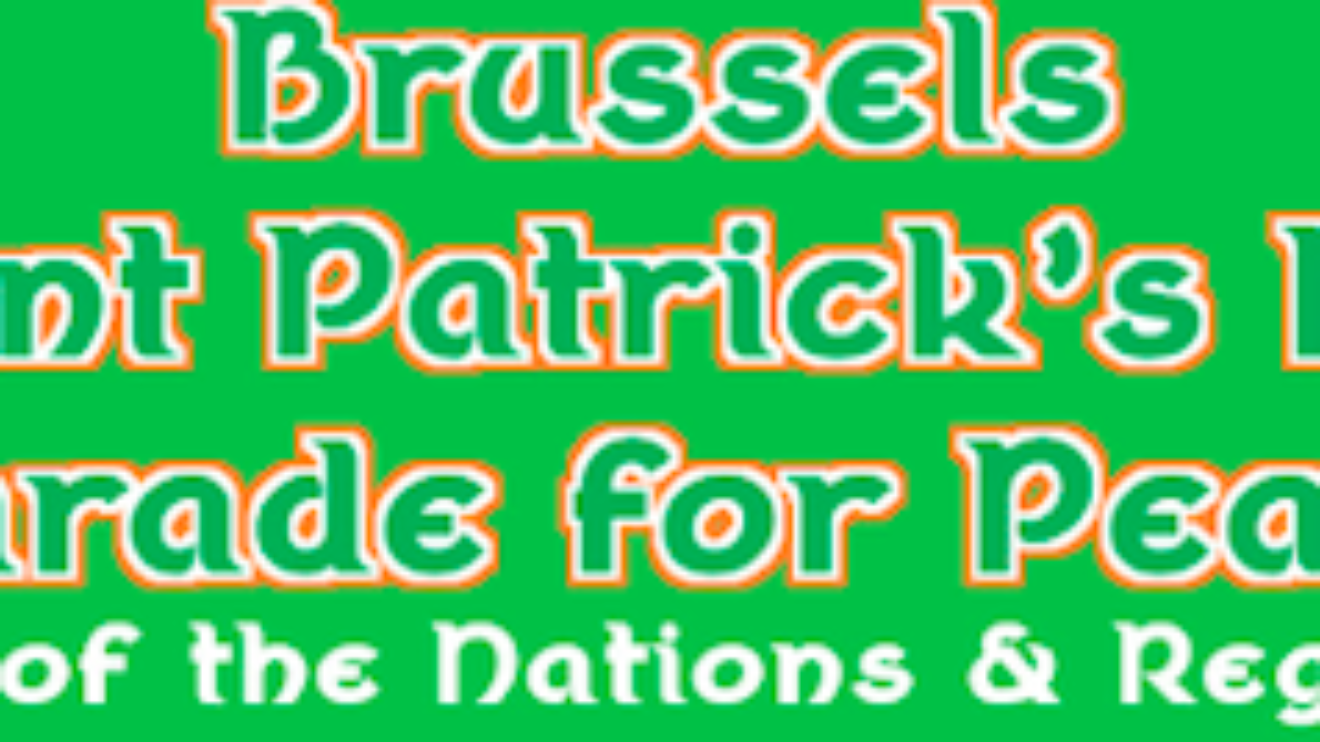 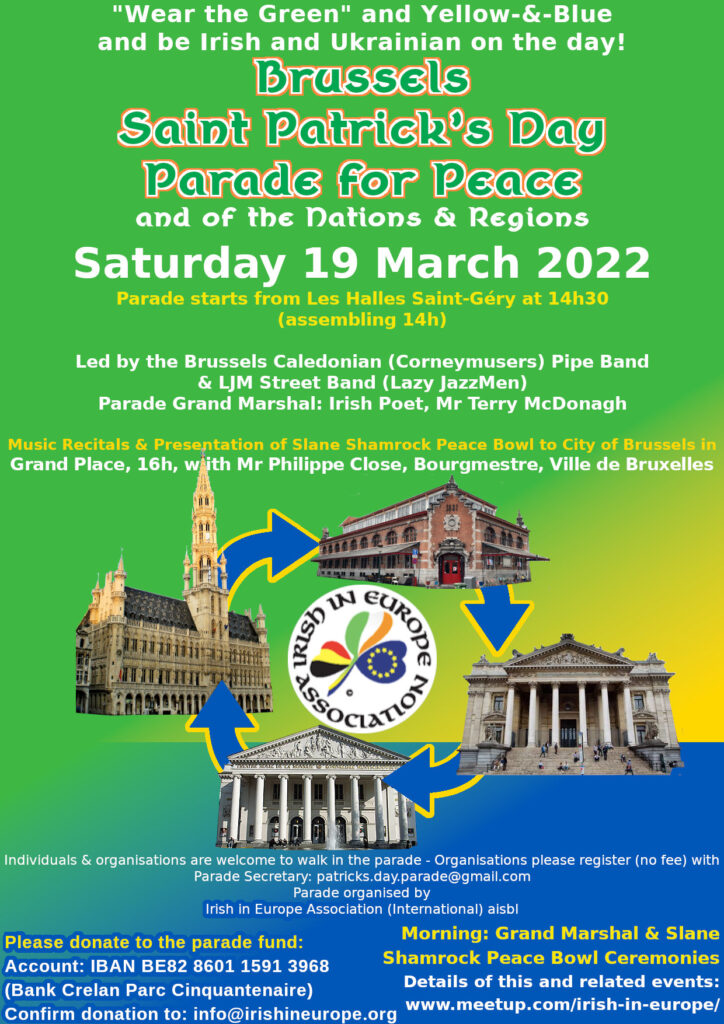 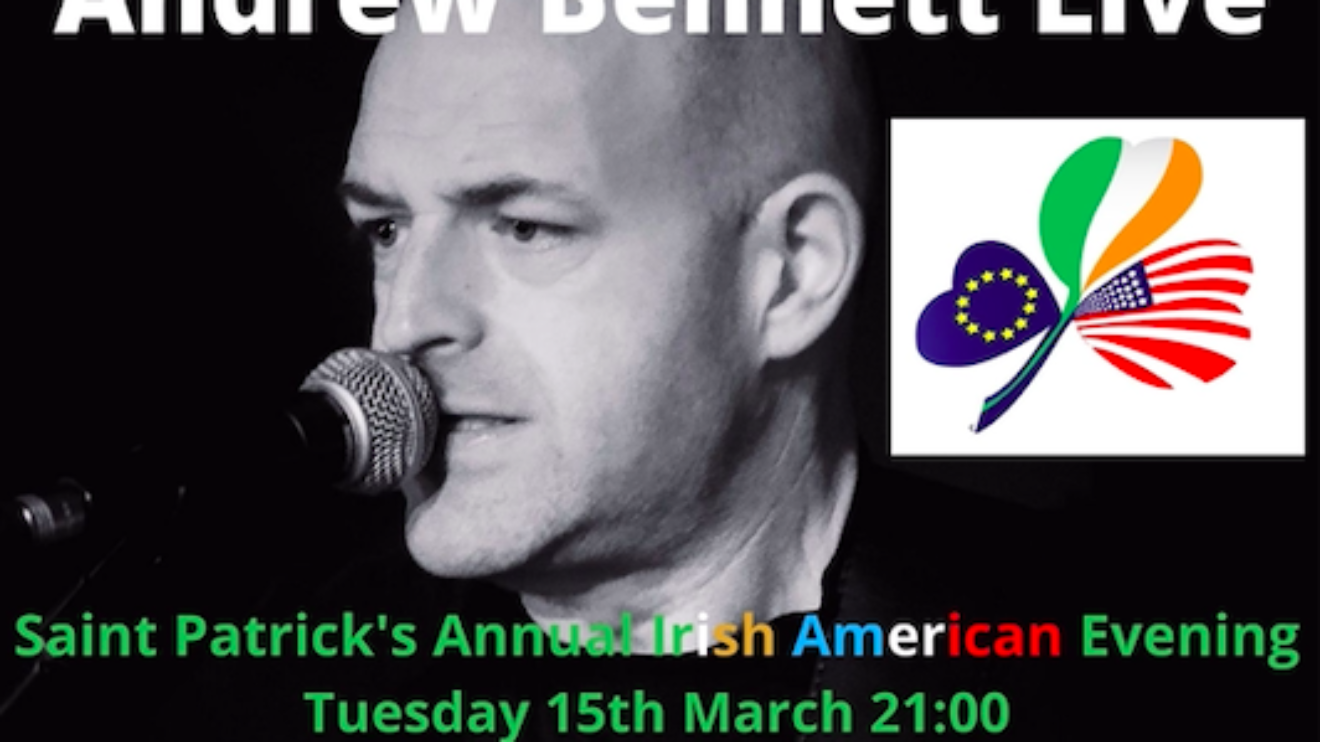 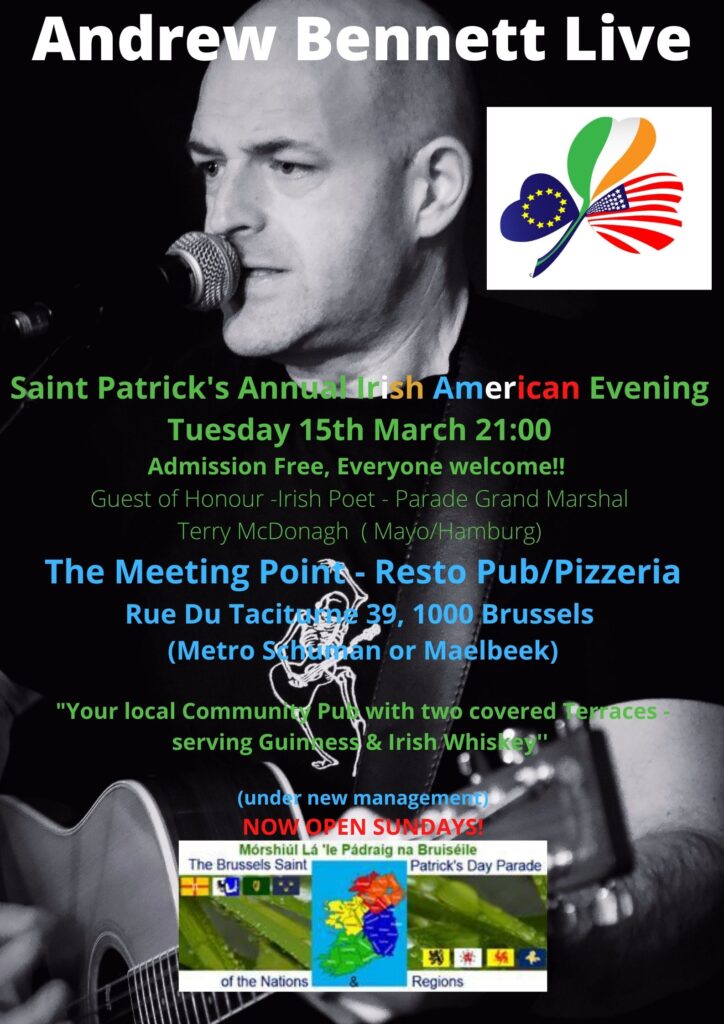 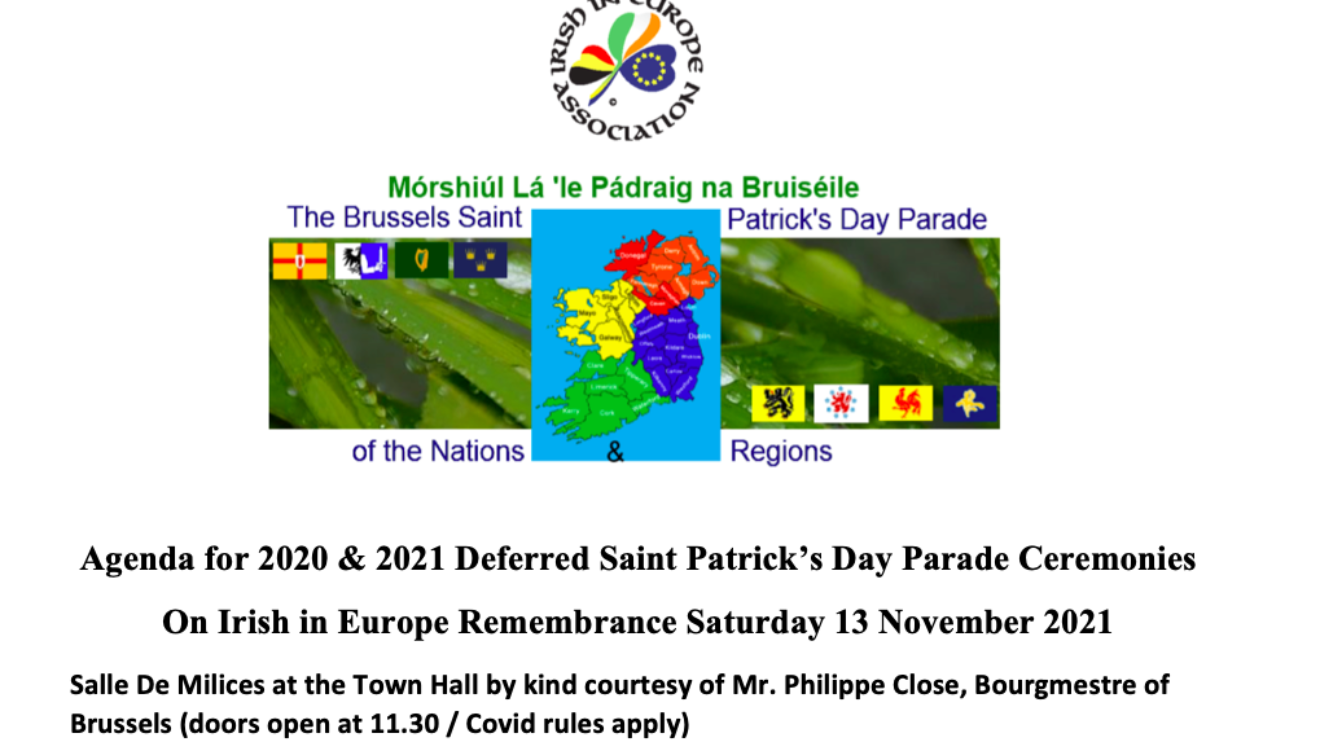 6 Presentation by Commandant Leo Quinlan (retired) of the Caherdaniel Shamrock Bowl and gifts to Bourgmestre. (On each side of the table with Shamrock Bowl)

12.40 MC Reads out citation for the nomination of Dénes Dosztán

12.45    MC calls on Dénes Dosztán to come forward from behind the room to be installed as 2020 Grand Marshal

12.47   Mr. Dénes Dosztán is accompanied by Sarah Donoghue, the Chief Aide to the Grand Marshal (deputising for P. J. McDonagh).

12.50 MC will present Dénes Dosztán with the Irish Sash.

– The Last Rose of Summer

13.10 MC reads the citation for the Fermoy Shamrock Bowl. This bowl was handcrafted by Suzanne O’ Sullivan, Kilbarry, Fermoy and a member of the Blackwater Valley Makers Guild.

13.20. Statement of appreciation from Valerie McIntosh on behalf of   the Sheehan Family from Vancouver, Canada is read by Mr. Todd Sharp.

12.23 Mr. Todd Sharp will play on guitar and sing a Canadian Song in tribute to the Sheehan Brothers.  ‘Farewell to Nova Scotia’   “Farewell to Nova Scotia” is a popular folk song from Nova Scotia, Canada. It was adapted from the Scottish lament “The Soldier’s Adieu” written by Robert Tannehill. It was written sometime before or during the first world war

*  A Special Thank You to Damian Shiels, military historian and specialist on the Irish in the American Civil War who uncovered the story on the five Sheehan Brothers.

13.28. Mc reads citation the 2020 for the late Colonel Pat Quinlan to be enrolled posthumously as 2021 Grand Marshal.   His son Commandant Leo Quinlan & UN Veteran (retired) accepts the honour on his behalf).

13.30 Mr. Quinlan comes from back of Room and   is accompanied by Ciarán O’ Riordan Chief Aide to the Grand Marshal.

13.35 Mr Leo Quinlan delivers acceptance speech in the name of his father.

13.50 Citation for the Catherdaniel Shamrock Bowl is read out. This glass bowl was handcrafted in South Kerry.

13.52   An Irish Music lament – The Coolin is played on violin by Dénes Dosztán in memory of Colonel Pat Quinlan. It was Colonel Quinlan’s favourite Irish tune.

The Coolin, or The Coolun, is an Irish air often characterised as one of the most beautiful in the traditional repertoire. In Irish, its name has been given as An Chúileann or An Chúilfhionn (“the fair-haired girl” or “the fair lady”) depending on the text used. The tune is also known as “The Lady of the Desert”.

14.00   A special presentation from one soldier to another.

Mr. Leo Quinlan presents a photo to Irish Canadian Mr. George Brown, Parade 2019 Grand Marshal and former naval officer with the Canadian Defense Forces of the memorial in honour of his father Caherdaniel born Colonel Pat Quinlan who was Commanding Officer of Irish troops that came under attack during the famous Siege of Jadotville in 1961.The monument was unveiled on 29 October 2017 in the Com an Chiste Pass in Caherdaniel by then Taoiseach, Deputy Enda Kenny. It is in the form of a bronze plaque in Valentia made by Portmagee-based Holger Lonze.

14.02  Master Liam O Riordan (aged 6) is accompanied by his father Ciarán with songs in Irish

-Fairytale of New York (as Gaeilge)

14.10 MC thanks everyone with concluding remarks and closes ceremonies*

*Apologies for non-attendance from:

Mr Eddie Brannigan, Chargé d’Affaires of the Embassy of Ireland to the Kingdom of Belgium,

History of the Rathmullan Bó Staff

*“Rathmullan Bō Staff”: The Parade Grand Marshal will carry, as a mark of his authority, the “Rathmullan Bō Staff”, which was cut from the wood growing on the hills overlooking Rathmullan Harbour.  Rathmullan (Irish: Ráth Maoláin, meaning ‘Maoláin’s ringfort’) is a small seaside village on the Fanad Peninsula in County Donegal, Ireland. It is situated on the western shore of Lough Swilly. Rathmullan serves as an important historical village as it was the scene of the Flight of the Earls in 1607, a major turning point in Irish history. The Flight of the Earls (Irish: Teitheamh na nIarlaí) took place in September 1607, when Hugh O’Neill, 2nd Earl of Tyrone, and Rory O’Donnell, 1st Earl of Tyrconnell, and about ninety followers, left Ulster in Ireland for mainland Europe. Their permanent exile and their arrival as Refugees in Leuven is a watershed event in Irish history, symbolising the end of the old Gaelic order. The Grand Marshal to carry the Rathmullan Bó Staff in the first Parade in 2009 was Father Kevin Kealy – the last Franciscan of the Irish College in Leuven.

Hence the “Rathmullan Bō Staff”:  symbolises the Flight of the Earls in 1607, the foundation of the Irish College at Leuven and the beginning of mass Irish emigration that lasted over four centuries – the result of which is a world-wide Irish Diaspora of over 70 million people today. The “Bō Staff” also symbolises the historical relations between Ireland and Belgium and the struggle of all emigrants and missionaries who left Ireland, overcoming adversity and hardship in true pioneering spirit that reflects the courage and perseverance of the Irish people throughout the centuries up to the present day. 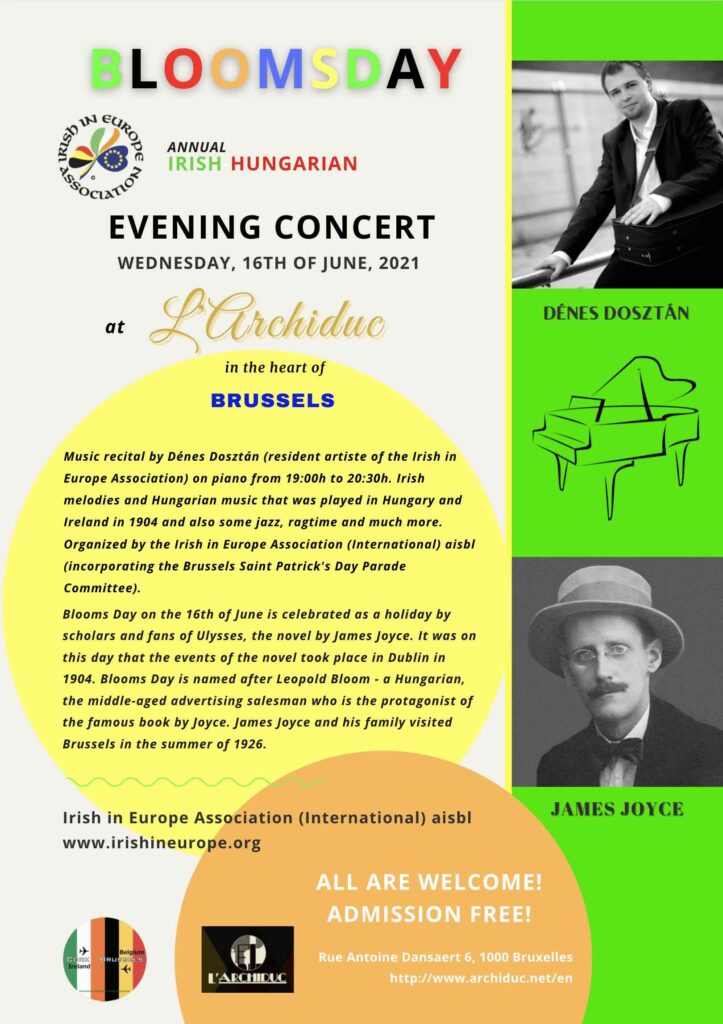